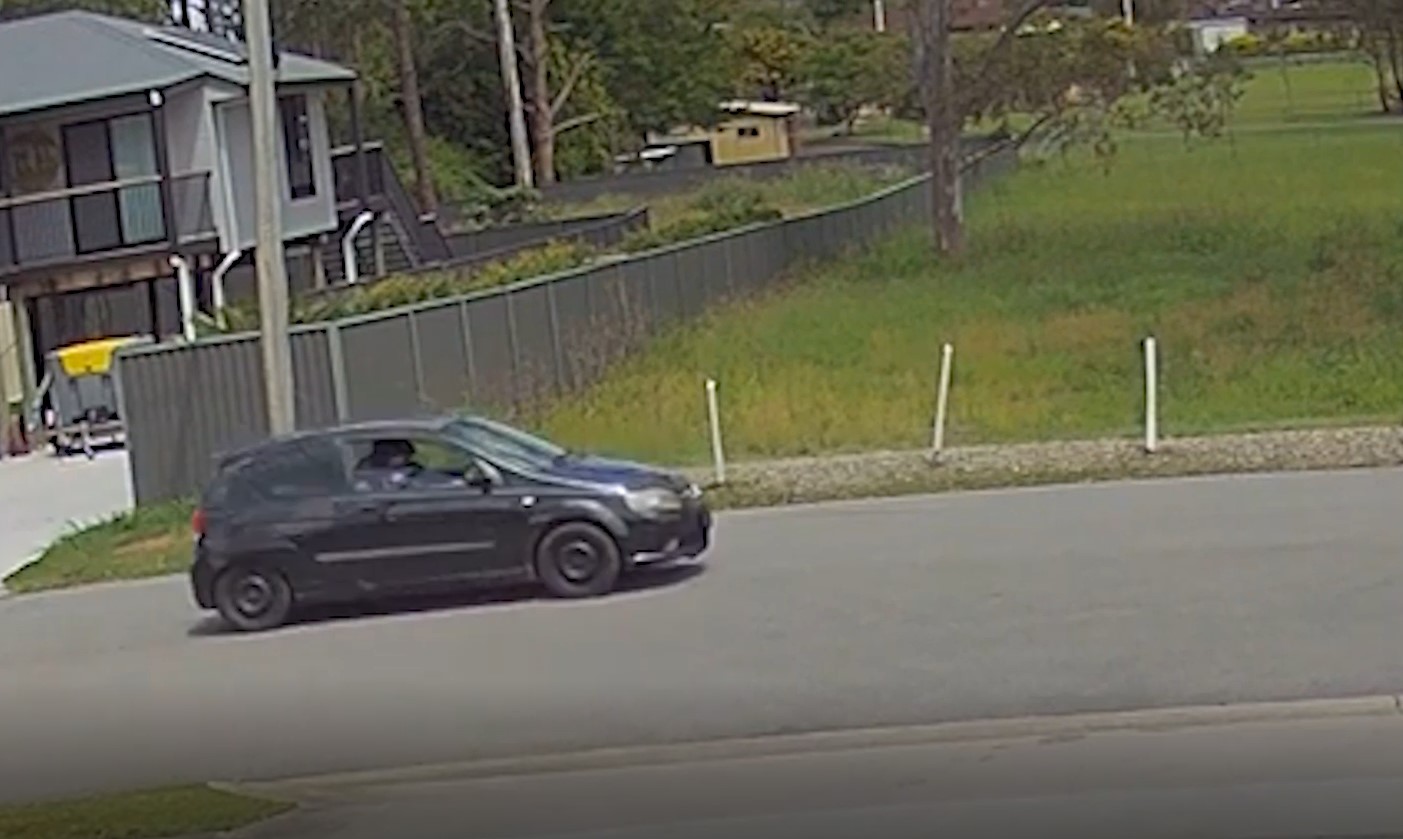 Police have released CCTV footage of a vehicle linked to the armed robbery of an elderly couple and their friend in Logan as the hunt for four men armed with guns continues.

At around 9.30am, four men wearing masks and armed with what appeared to be sawed-off shotguns went to a Slacks Creek home, on Centenary Road, where they threatened two elderly residents.

Detectives says the men demanded the 76-year-old woman and 77-year-old man open their safe; however, the couple struggled to open it.

The offenders then ransacked their home for 45 minutes, before taking off with cash.

A 28-year-old friend of the couple just so happened to stop by during the attack, when he was confronted by the offenders. They put the man in a neck-restraint and he lost consciousness.

They took off with his mobile phone.

He has minor injuries, including bruising to his neck.

Police have released video footage of a small black hatchback that the offenders are believed to have escaped in.