Booster shot rollout begins after approval - The first aged care residents have received their COVID-19 boosters, after a third vaccine dose was approved by the country's peak advisory group.
Berejiklian, Maguire tale of love and kids - Gladys Berejiklian will soon have her say at an inquiry investigating her secret relationship with former NSW MP Daryl Maguire, after he revealed they ...
NSW warning on COVID-19 spreading indoors - As NSW vaccination rates continue to improve, health authorities are warning even fully jabbed people can catch the virus after an outbreak at a Sydne ...
Qld’s new CHO-to-be Krispin Hajkowicz will no longer take on the job - The man hired to replace Dr Jeannette Young as the new chief health officer will no longer take on the job for “personal reasons”.  In a shock anno ...
Ipswich chamber supports 'choice' in turning away unvaxxed patrons - Ipswich Chamber of Commerce fears a ban on unvaccinated customers would be a challenge for business owners to enforce, but he supports their right t ...
Tougher vaccine exemption rules for Vic - Victoria will tighten rules for medical exemptions to COVID-19 vaccinations in a crackdown on people doctor shopping and pressuring GPs for exemptions ...
Qld to reach 90 pct vaxed by early 2022 - Queensland is set to have 90 per cent of its eligible residents fully vaccinated against COVID-19 by early next year, but authorities are yet to outli ...
Hajkowicz steps down as incoming Qld CHO - Queensland's incoming chief health officer Dr Krispin Hajkowicz will no longer take up the role for personal reasons.
When will Queensland hit its 90pc vaccination target? - The man leading the vaccination roll out in Queensland is confident the state will reach its 90 per cent target by “very early next year” as confusi ...
Ipswich man allegedly pretends to be rideshare driver charged with sexual assault - An Ipswich man accused of pretending to be a rideshare driver and picking up women in nightclub precincts is facing a string of sexual assault charg ... 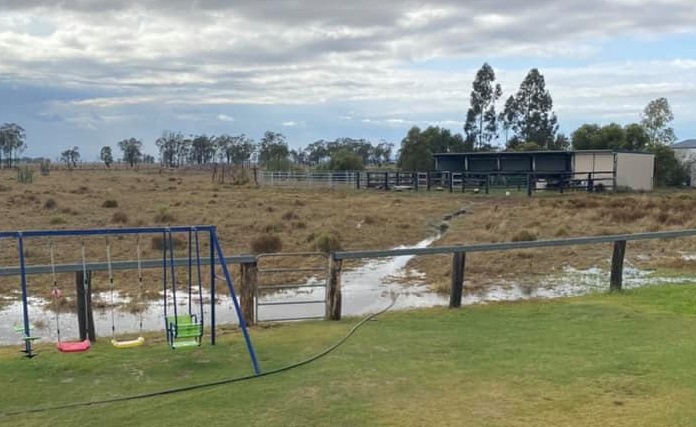 A massive storm has smashed parts of the Darling Downs and south east Queensland this morning, bringing a deluge of rain and triggering flash flooding.

A severe thunderstorm warning is in place for Toowoomba, Brisbane, Ipswich, Coolangatta, Caboolture, Cleveland, Gatton and Jimboomba, as well parts of the Moreton Bay region.

Dalby recorded 51millimetres of rain in an hour this morning, while around 60mm in a two-hour window has fallen in the Brisbane region.

"It is a really conducive atmosphere to see thunderstorms form this afternoon, particularly over inland parts.

"It will track towards the coast later in the afternoon and evening."

In Ipswich, Rosewood has recorded 40mm, while Amberley has had 33.8mms.

"We are encouraging all drivers to drive with their lights on, to try and slow down and drive to the conditions.

"Be extremely cautious when out on the wet road."