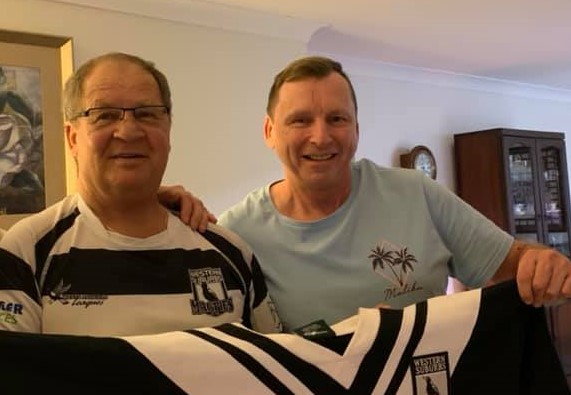 The Ipswich Jets have paid tribute to rugby league legend Tommy Raudonikis, who has lost his battle with throat cancer.

Raudonikis passed away this morning, just days before his 71st birthday.

He made more than 200 appearances for Western Suburbs Magpies, 24 games for the Blues and 20 tests for Australia.

Raudonikis was inducted into the NRL Hall of Fame in 2008.

In a Facebook post, the Jets say Raudonikis was one of the 'very foundations' of the club.

"The club wishes to pay our respect to one of the men who built the very foundations of our club.

"A man who taught us to be tough but kind, to never quit, to never back down and never be beaten.

"Always give everything your have every time and most importantly be a good mate and enjoy life.

"Our deepest condolences go to the Raudonikis family."