Arrests may follow Qld dark web raids - Arrests are being considered after police raids in Brisbane and the Gold Coast following a tip from German police who busted the world's largest illeg ...
Man dies in crash after evading Vic police - A driver has crashed into a tree and died in Melbourne after allegedly failing to stop for police.
NSW mum makes COVID-killing disinfectant - If you had told Sophie Westlake this time last year that she would soon create a disinfectant to battle a virus causing a global pandemic, she would h ...
US broadcast legend Larry King dies at 87 - Larry King, the suspender-wearing broadcaster whose interviews with world leaders, movie stars and ordinary people helped define American conversation ...
US lottery ticket wins $1 billion jackpot - A lucky Michigan lottery player holds the winning ticket for a jackpot of more than $US1 billion, the third-largest lottery prize in US history.
Bystanders help man bitten by shark in NSW - Quick-thinking bystanders have helped potentially save a man's life after he was bitten on the arm by a shark in the NSW Hunter region.
NSW volunteer charged with starting fires - A volunteer NSW firefighter has been charged with deliberately lighting more than 30 grass fires during the state's catastrophic Black Summer bushfire ...
Trump 2nd impeachment headed to Senate - Opening arguments in the Senate impeachment trial for former US President Donald Trump on the charge of incitement of insurrection for the Capitol rio ...
NSW ex-teacher faces 90 sex abuse charges - A former teacher is accused of sexually abusing more than a dozen students at a Sydney school over an 18-year period.
Plea for caution as rescue drownings surge - Australians are being urged to plan for visiting the beach like they would for a road trip amid an alarming spike in people drowning while trying to r ... 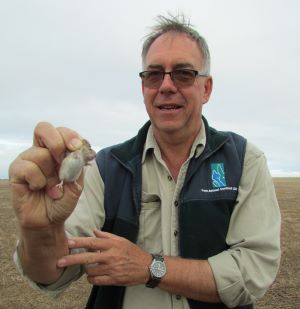 An "outbreak" of mice is plaguing the Southern and Darling Downs as droves of the rodents scurry from farming crops to the suburbs.

CSIRO mouse research officer Steve Henry says there are reports of unusually high numbers of mice moving through eastern and southern cropping zones, which is "quite concerning".

A few dry years has made for perfect conditions for an early breeding season, and this can quickly lead to an "explosion" of mice.

The rodents start breeding when they are just six weeks' old and can have a litter of up to 10 pups, every 21 days.

"When mice build up to really high numbers in paddocks, they displace part of the population, they move from the next paddock, into the next paddock and eventually into towns," Mr Henry says.

It can cripple farming crops, he says, but it also has social impacts on people who live in rural towns, which often isn't talked about.

"If mice are running across your bed at night, or you have to put the legs of your table into buckets of water to stop them climbing up them and get onto the table or they are all through your pantry, that has a real social impact as well.

"[Mice] will go into freshly sown crops and either steal the seeds or browse off the freshly shooting new crop, and they can cause really significant damage at that stage."

Typically, it is the high level of breeding that also results in the natural demise of mice populations.

There is usually an influx, before they seemingly disappear "overnight".

"Because they breed so quickly and erupt to really high numbers, they reach a density that disease moves quickly through the whole population," Mr Henry says.

A shortage of food also kills them off.

"We go from seeing heaps and heaps of mice around, to almost nothing."

The member for Southern Downs knows first hand the damage mice can do, with the wiring of his air conditioner destroyed by chewing.

But James Lister points out there is a more sinister side when it comes to an invasion of mice, with many people reporting an increase of snakes on the hunt for a feed.

"You have to be careful wondering around in the grass and lifting things up without checking because there are more snakes around."

LISTEN: CSIRO mouse research officer Steve Henry explains how people can try to control mice numbers in their homes and on farms: